How to stop being single!.

Good advice from another blogger. Hey, if someone else is saying it, I don’t have to.

One of the things that stands in the way of dating success is not knowing the signs.

No doubt there are whole books devoted to this. But the important thing is to start to become aware of the signs that a woman is attracted to you (or not). If you don’t spot them then you may try too hard with women who aren’t interested and miss opportunities with women who are.

The first error that many of us men fall into is to start looking for signs when we are already attracted to a woman. The problem with this is that we are prone to see what we wish to see rather than what is really there. This is very well illustrated in Shakespeare’s ‘Twelfth Night,’ when Malvolio is led to believe that Olivia is in love with him. He interprets everything she says and every glance as confirming what he wishes to believe, leading him in the end to a most unpleasant rude awakening. Try not to be in imagination.

Practice understanding signs when nothing much hangs on it.

I have to admit that I became much better at understanding signs after I was happily married, when the use of knowing the signs is to be able tactfully to deflect unwanted attentions!

Eye contact is very powerful. If a woman holds your gaze then be careful not to hold hers unless you want her to think you’re attracted to her. Be careful, because holding someone’s gaze can also be perceived as a threat. Try to tune into what is actually happening. This cannot be taught by formula.

Smiling can be deceiving. A woman might smile at you because she’s attracted to you. Equally she might smile just to be friendly, or even out of nervousness. Smiles can be used for attraction or defence. Again, observation from a neutral place rather than one of desire is useful training. Try to watch the interactions of others and see where they go wrong and what they get right.

Touching: if a woman while talking to you touches your arm, this is far less ambiguous – it probably means she’s attracted to you. If this happens and you are attracted to the woman you are doing well. But you can still easily mess up at this stage. Play it cool. If you’re interested, continue the conversation and maybe arrange a date – but don’t be too eager.

In general, watch body language as if you were a scientist. Any tips you get from books, don’t take as absolute – watch and learn.

The reason there has not been an update to this blog in a while is because my methods of attracting women are very successful and this has caused me to become uncommonly busy. My book, Dating, the missing manual, should come with a warning.

Once I understood the secret of becoming a man who could attract the opposite sex, it did not take long for me to find a beautiful and intelligent woman considerably younger than myself. Eventually we married and now have a beautiful daughter.

It’s only fair to warn you that if you attract a young woman and she stays with you she is sooner or later going to want to have babies, and babies are highly time-consuming. Worth it, but you have to put this into your calculations!

Women do not always seem logical to men, which means we often do the wrong thing because the apparently logical answer is not always the right answer. So we need some quick tips to guide us when the situation doesn’t make sense. Here is some excellent advice from blogger Clark Kent. (Note for pedants: I agree the use of apostrophes here is somewhat arbitrary. Click this link for the correct use of apostrophes.)

When she stare’s at your mouth!

When she pushes you or hit’s you!

[Grab her and dont let go!]

When she start’s cursing at you!

[Kiss her and tell her you love her!]

[Give her your attention!]

When she pull’s away!

When you see her at her worst!

When you see her start crying!

[Just hold her and dont say a word!]

Click through for the full list. It won’t always work, but most times it will work reasonably well.

Clark Kent follows with a quotation from Eckhart Tolle. It is worth reading. Being in the moment, we are much more likely to be able to understand correctly what is happening, or at the very least, understand that we don’t understand.

I would add one more piece of advice. If you don’t know what to say, or what you want to say you have doubts about, say nothing.

Be silent, or let your words be worth more than silence – attributed to Pythagoras. (If anyone knows the source of this quotation, please let me know. I don’t record it from Diogenes Laertius Lives of the Philosophers, and Pythagoras himself wrote nothing that survives.)

Once a month 4 ladies

Yay! Praise for my comments on the blog Once a month 4 ladies!

Fellow blokes, it’s always useful to hear women’s opinions on dating and sex. We may think we know, but do we? That’s why, if you’re looking to find and keep the one, or to give her maximum pleasure, or to find out whether a woman can successfully fake an orgasm, or even to know whether women really care about the size of a man’s penis, it’s really useful to check out women’s blogs on the subject.

You can of course contribute a male point of view, too.

This is the very definition and beauty of true art. (Re-blogged from One Thousand Single Days.)

These people had a real connection. This is what you are looking for when you are searching for a soulmate. Forever, or for a moment.

Did you know that some sea slugs lose their penis when mating but it grows back again? Apparently this has been observed in the sea slug Chromodoris reticulata.

This interesting article led me to making a comparative table of human and sea-slug sexual activity for your edification. Who knows, you could be in a pub quiz one day and it might come up (a question about sea slug sexual behaviour might come up, what did you think I meant?).

So, luckily human sex is more fun that sea slug sex, even though we can’t change sex at will. We can also last longer than sea slugs if we have the right method.

Chance is always powerful. Let your hook be always cast; in the pool where you least expect it, there will be a fish. – Ovid, Ars Amatoria III:ix

So, two points here from our Ancient Roman dating guru.

First of all keep up your attraction skills wherever you happen to be. Be pleasant to everyone, not just to beautiful women, because it’s pleasant, because you need to keep practicing light-hearted chat, and because women can smell a false-hearted creep a mile away.

Practicing light-hearted chat with everyone, not just beautiful women, enables you to practice your skills in situations in which your fear of failure is not evoked. You will begin to experience success and get smiles. Those skills are transferable, so that next time you really do want to start a conversation with a woman you fancy, you’ll be able to do it without becoming tongue-tied.

Which brings us to the second point Ovid is making – chance and Venus help the daring. There are few things so attractive for a woman in a man as confidence. Not brashness but quiet confidence. And one way to develop this is to keep practicing light and pleasant repartee with everyone you meet!

In The Quest for the Big ‘O’ a mystery blogger on OnceAMonth4Ladies writes:

I started to realize at about the age of 18 that most of my female friends had had an orgasm … and I had not.

Men, get a copy of my book. Pay particular attention to getting her in the mood and foreplay. Aim to pleasure her and delay your own pleasure. It can be done.

First of all, be quite sure that there isn’t a woman who cannot be won, and make up your mind that you will win her.

Sooner would the birds cease their song in the springtime, or the grasshopper be silent in the summer, or the hare turn and give chase to a hound of Maenalus, than a woman resist the wooing of a youthful lover.

Maybe so, although it is my experience that if you master the secrets of attraction you don’t need to be youthful either.

Once upon a time I was love-lorn and kept falling in love without the slightest idea of how to attract and keep a woman. I would meet beautiful women or see them at a distance and have no clue how to approach them. I believed from a very young age that I was not attractive to women – and that turned out to be a self-fulfilling prophecy.

Then, through advice from friends and reading all kinds of hints, tips and strategies and actually trying them out, I began to have success, leading in the end to finding and keeping the love of my life. I started this blog and wrote Dating – the missing manual because I see too many of my male friends fail in this area – men who have good qualities any sensible woman would admire. I now know what these men are doing wrong and how they could fix it.

Perhaps you think she doesn’t want to yield. You’re wrong.

Well, there will be quite a number who aren’t interested for perfectly good reasons. But if so, move on – it’s nothing to do with you and there is no shortage of attractive women out there. 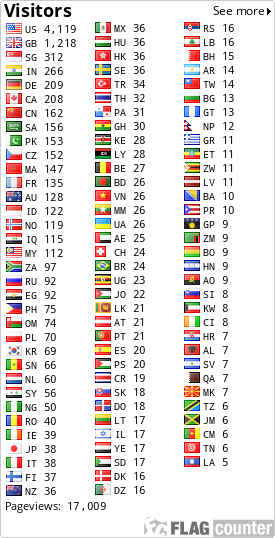 Discussion about the Fellowship of Friends/Living Presence cult and its leader, Robert Earl Burton

You can escape to financial freedom...

Love, sex, dating and being in the Now

Love, sex, dating and being in the Now